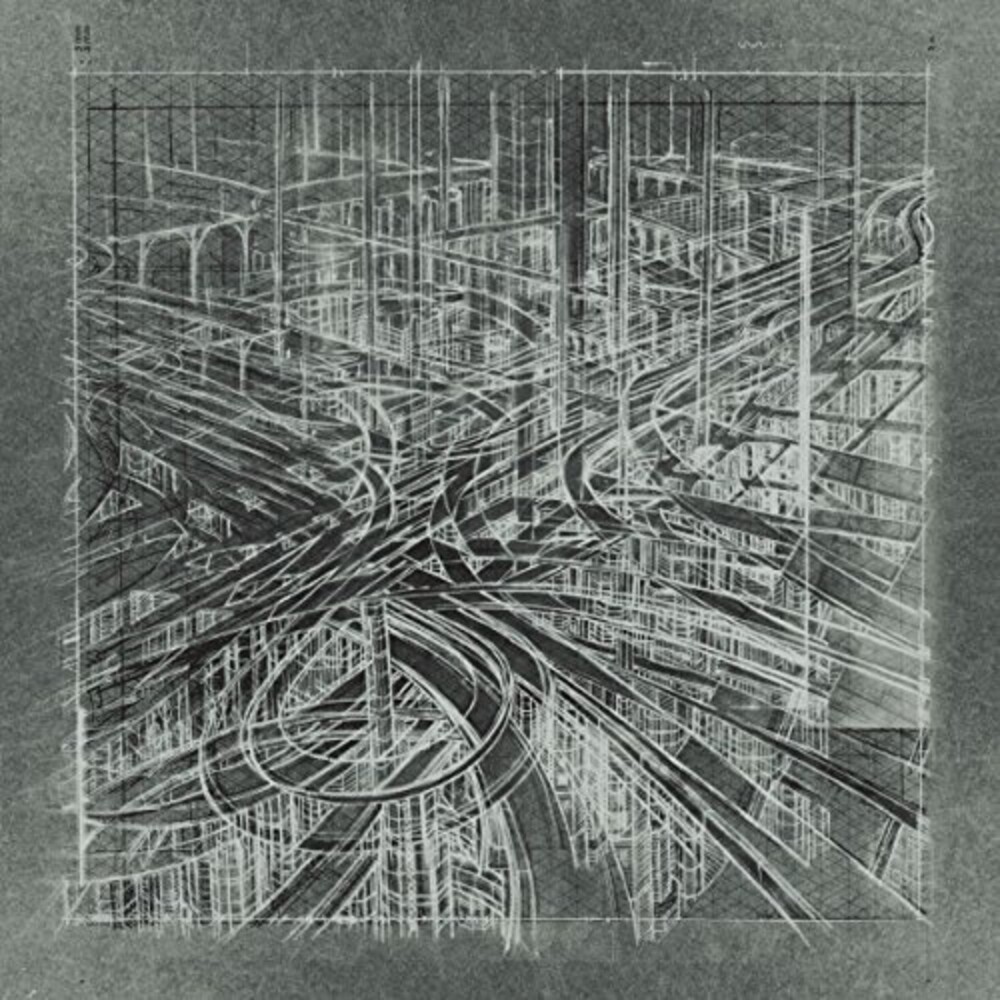 Like master painters exploring a subject over a lifetimes work, Kevin Martin and Dylan Carlson The Bug and Earth, respectively have each been mining and defining their genres for more than 20 years. Theyre united by an interest in really an obsession with heaviness. They search for, examine and break the boundaries between beautiful and ugly, minimal and maximal, light and dark but The Bug and Earth always make music that is heavy in the most thrilling of ways. Earth, and its founding member Carlson, first appeared in the early 90s, and came to prominence with their Sub Pop release "Earth 2". An exercise in SLOW distorted droning minimalist riffage, their debut was the blueprint for what Dylan coined at the time "ambient metal, a style still being pushed forward on his latest Southern Lord release "Primitive And Deadly. Kevin Martin's career spans the same timeframe. Techno Animal, Ice, God, Razor X, King Midas Sound, and of course the The Bug moniker. All of which explore(d) the fringes of experimental and heavy music. With his recently released "Angels & Devils" LP receiving high praise across the board, he once again put his sonic stamp on the here and now with his collaborators Liz Harris (of Grouper), copeland, Miss Red, Gonjasufi, Flowdan, Death Grips, Justin Broadrick (Godflesh/Jesu), and Warrior Queen. These two uncompromising outsiders met via the visual artist Simon Fowler (Angels & Devils.) Simon arranged for Dylan to come to a King Midas Sound gig, but Martins trademark use of a powerful strobe light meant that the epileptic Carlson couldnt enter the room. Undeterred, Carlson featured King Midas Sounds music in a podcast, and the pair eventually decided to collaborate around Angels & Devils. The anglophile Carlson had long admired Martin, and other British sonic experimenters like Spacemen 3 or Pentangle. In turn, Martin understood the genius in Carlsons deconstruction of metal, and Earths boiling down of the genre to its core, elemental riffs. Martin saw that he and Dylan were both wanderers, and misfits in the world we live in. They were both huge fans of dub and the Velvet Underground, and they discussed how those influences could provide a combined template for something entirely new. When they finally began to record, it quickly became apparent that the music they made together needed room to stretch out and drone, to be its own thing. Two tracks eventually emerged, "Boa" & "Cold," and were released as a standalone EP, with Dylan's signature guitar sound weaving seamlessly around some of Kevin's most destructively heady bass explorations. Martin had decided to exclude those songs from Angels & Devils, as he felt They had developed a singular life of their own, outside of the identity of that album. Ninja Tune asked The Bug and Dylan Carlson to perform live in LA around the labels 25th anniversary, and Martin and Carlson took the opportunity to further the recording project in person. So The Bug vs Earth project holed up in Daddy Kevs legendary LA studio, with DJ Nobody engineering, for two very long days. Those recording sessions have resulted in the masterpiece that is Concrete Desert. Inspired by J.G. Ballards urban dystopias, and the Californian dream capitals sordid, fragmented underbelly, Martin says that the album is in some ways a Los Angeles-set companion piece to London Zoo. The records beautiful, chiming melodies are like shards of sonic light, glowing in currents of heavy bass darkness. There are pulsing soundscapes, ambient pinks and whites, and irresistible grooves. This is music that grips you entirely, and catches you in its lava-flow an astonishing, primal album of vast depth. In making it, Martin decided to break from The Bugs obsessive study of groove, tone and texture, and think more cinematically. The result is a wondrously visual album, akin to finding oneself wandering amongst the rocky red hills of the Californian deserts. In fact, he says, the album could be understood as reflecting a mistrust of Hollywoodisms, and the shadow of Hollywood fantasy that looms large over life in LA, and the USA in general. Dylans a master at amplifying the flavour of America, he says, but not the side we see in this Trump climate. For Martin, the American dream is like a nightmare under Trump but Dylan captures the best side of that dream, a utopian openess. I hear the writing of Cormac McCarthy in his music. His playing conjures deserts, and wide open spaces. In Concrete Desert, Earths sonic landscapes, its far horizons and vast spaces, are underpinned and propelled by Martins ear-worming rhythms and percussive genius. Justin Broadrick (Godflesh/Napalm Death/Techno Animal/Jesu/JK Flesh), the influential noisemaker and long time Martin cohort was invited to the sessions to make 2 tracks Dog and Pray, which all feature as bonus tracks. Broadrick grew up in the concrete desert of central Birmingham in the 70's/80s, and here he verbalises the void at the core of that urban hell. There is an additional third bonus track Another Planet available on the B side of the JK flesh vinyl and as a digital download. With live shows for THe Bug and Dylan Carlson planned for April 2017, this is just the beginning of The Bug vs Earth project. The record might be one designed to document alienation, but one listen is enough to show it, equally, to be a brilliant meeting of two kindred musical souls.
This website uses cookies to personalize content and analyse traffic in order to offer you a better experience.
I accept Learn More
back to top