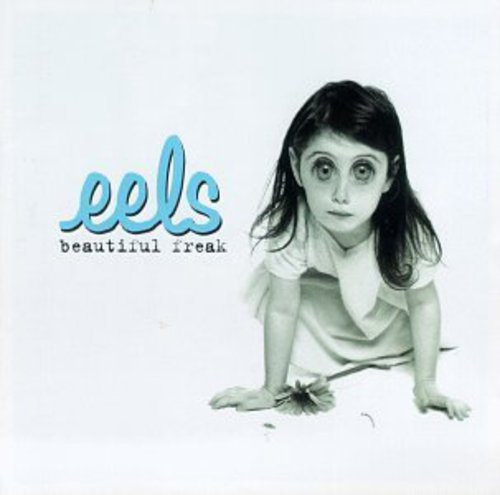 Eccentric and quirky are the best ways to describe the Eels' debut effort, Beautiful Freak. Concise pop tunes form the backbone of the album, yet tinges of despair and downright meanness surface just when you've been lulled into thinking this is another pop group, as titles like "My Beloved Monster," "Your Lucky Day in Hell" and "Novocaine for the Soul" indicate. All in all, Beautiful Freak is a satisfying first record.

''Beautiful Freak'' is a 1996 album by musician Mark Oliver Everett, his first using a full band and the name Eels (in an attempt to get the records in the same general location in the stores as his previous works under the name "E"). It was the first album released worldwide by DreamWorks Records, and contains a mix of lo-fi, rock and pop songs including the singles "Novocaine for the Soul" and "Susan's House". "My Beloved Monster" was later used in the soundtrack of ''Shrek'', and "Beautiful Freak" was used in the soundtrack of ''Hellboy 2: The Golden Army'' and ''Monsters, Inc.'' - Wikipedia