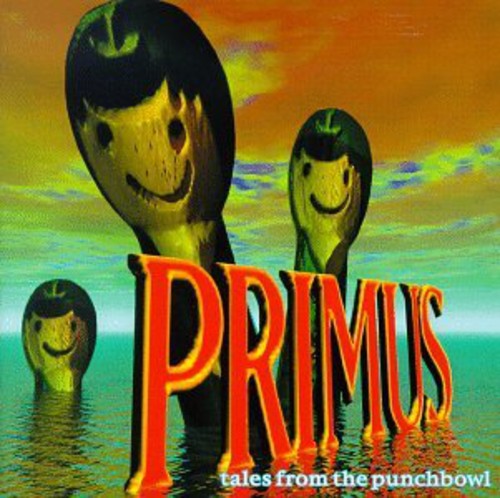 ''Tales from the Punchbowl'' is the fourth studio album by Primus, released on May 23, 1995. It is the band's last album with Tim Alexander before he rejoined Primus seven years later. ''Punchbowl'' was certified Gold on July 20, 1995.

In 1996 the album was re-released as an Enhanced CD for Macintosh and Windows. As printed on the back inlay for this version, "Combining high end production values, 3-D graphics, spectacular effects and loads of insanely cool stuff, the 'Tales From The Punchbowl' Enhanced CD, played on a CD-ROM drive, sends the viewer through a surreal virtual experience that features the complete album in CD sound quality (which you can hear on a stereo CD player as well)." Players must "navigate from the helm of Captain Shiner's ferryboat through an enchanted liquid atmosphere to many strange and mysterious islands. Many experiences are to be had, all in a rose-colored waterworld filled with visuals reminiscent of Dalí and Bosch." Printed on the actual CD is a ship helm instead of the large image of Captain Shiner's face that appeared on the original, more common pressing. - Wikipedia