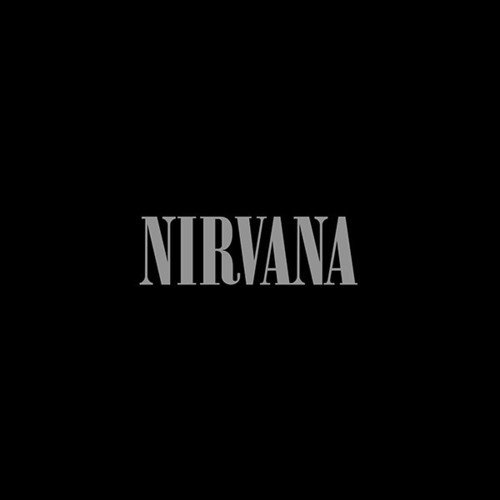 Ten Years after Kurt Cobain's Death, the Greatest Hits of Nirvana is Finally Ready to Land! features a Great Selection of Some of Nirvana's Biggest Songs, this Special Australian Version also features the Special Bonus Track "Where Did You Sleep Last Night".

''Nirvana'' is a "best-of" compilation album from the American grunge band Nirvana, released in October 2002. - Wikipedia

"Odds and ends/ Lost time is not found again," Bob Dylan and the Bandsang on The Basement Tapes 35 years ago, and they could have been talkingabout the rush to posthumously reissue every stray cough our greatest musicianshave brought forth. It's an institutional right, so there's no pointin bitching about it now that it's reached the greatest band of my particulargeneration. Not that Nirvana has scavenged all that much: aside from "YouKnow You're Right," which—hell, yes—is a righteous blastfrom the past, you've heard everything on here already. Next year, theypromise, is when the rarities box comes out; in the meantime, we get a best-ofto whet our appetite for more.

Only I really doubt there is any more—at least in the way of crafted songsrecorded professionally, which, despite Nirvana's well-earned live rep,is how they are and ought to be best remembered. And while I can't waitto actually hear the infamous two-and-a-half-minute version of the Doors'"The End" set in a waffle house Greil Marcus wrote about when theband was still around, I'm not sure that in itself Nirvana whets my appetitefor anything. Bleach may be muddy and uneven, but it works as a whole,and it goes without saying that every other album they made did too, up to andincluding the posthumous acoustic and electric live ones. Even if you believesingles are pop music's lifeblood, like I do, these songs gain nothingfrom their new context.

So who is this for? I can't answer that any better than I can guess whoactually prefers the Beatles' 1 over Revolver. As music goes,it's still unimpeachable—you know, they're right, as it turnsout. But as a memorial, I'll take my memories—and the original albums.