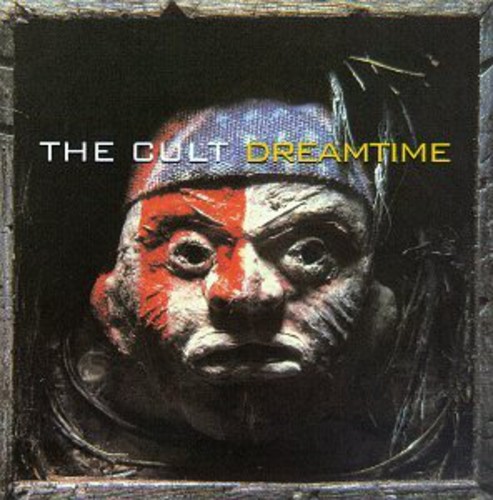 This is a re-release of the first Cult album ever, never before released in America. The remastered package includes a 16-page color booklet with photos. College, commercial alternative and rock radio will be serviced with tracks including "Horse Nation," "Spiritwalker," "83rd Dream," "Flower in the Desert" and the title track.

''Dreamtime'' is the first full-length studio album by The Cult. Released in September 1984, it reached #21 in the UK, and was later certified Silver by the BPI after having sold 60,000 copies. The first single, ''Spiritwalker'', reached #1 on the UK Indie Chart. Dreamtime has subsequently been reissued (or in some cases bootlegged) in roughly 30 countries worldwide.

Lyrics to the song 'Horse Nation' are taken almost verbatim from the book titled ''Bury My Heart at Wounded Knee''. 'Spiritwalker' is a reference to shamanism, while 'Dreamtime' is inspired by the Australian aborigines and 'Butterflies' is a reference to the Hopi ceremonial butterfly dance. 'A Flower in the Desert' is a reworking of the Southern Death Cult's song 'Flowers in the Forest'.

The record was originally being produced by Joe Julian, but after having recorded the drums tracks the band decided to replace him, and Beggars Banquet suggested John Brand. The record was ultimately produced by Brand, but guitarist Billy Duffy has said that the drum tracks used on the record were those produced by Julian, as band drummer Nigel Preston had become too unreliable by that time. The band rarely performs any material from this particular record, except ''Spiritwalker'' and ''Horse Nation'', although ''A Flower In The Desert'' and ''83rd Dream'' were played several times during The Cult's February/ March 2008 European tour. - Wikipedia