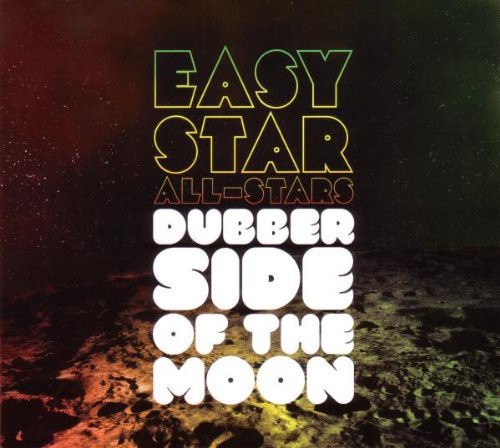 Dubber Side of the Moon featured the complete sequence of Dub Side of the Moon remixed by a handpicked list of cutting edge and legendary producers. Since it's release in 2003, Dub Side of the Moon has been a phenomenon, spending 7 years on the Billboard charts, selling over 200,000 copies worldwide and kicking off the still-growing-strong recording and touring career of the Easy Star All-Stars. The band has now put it's music into the hands of Groove Corporation, 10 ft. Ganja Plant, Mad Professor, Adrian Sherwood, Dubphonic, Liquid Agents, Dubmatix, Dread zone, Victor Rice, Kalbata, Scientist, Michael G, Border Crossing and J. Views and the results are a futuristic foray deeper into the uncharted territory traveled by the original release. Mixing deep dub grooves, up to the minute dub step riddims, and more, Dubber Side is a journey fans old and new alike will want to take. The vinyl edition is available in multiple colors.