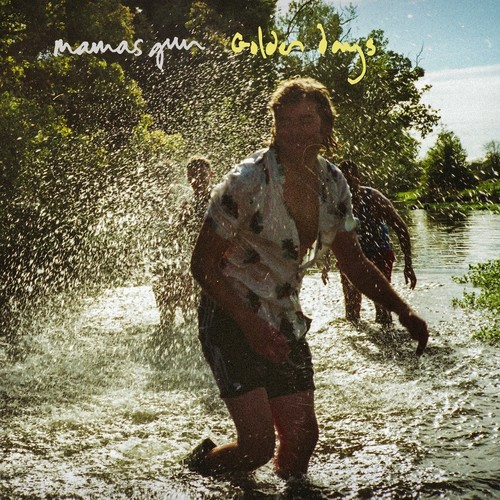 Golden Days is the culmination of a musical journey that spans ten years and has helped fuel the vanguard of 21st century soul alongside the Dap Kings, Charles Bradley, Lee Fields, and Mayer Hawthorne. Since 2007, group founder and frontman Andy Platts (singer, composer, producer) has piloted Mamas Gun with Dave "Eighties" Oliver (keyboards) and Terry "Spiller" Lewis (guitar), plus newest members Cameron Dawson (bass), and Chris Boot (drums). Their distinctive, full-band sound stems from a shared artistic vision among the five members in Mamas Gun. "The present lineup is the best version of the band to date, built on years of important creative exploration with previous lineups," Andy declares. "Those experiences definitely paved the way for where we are now and the decisions we've made for the direction of this new album," adds Spiller. Produced by the band themselves for the first time, Golden Days captures Mamas Gun in peak form. "Everything is live on this whole album," notes Cameron. "It's all analog." The album also features notable contributions from horn players Andy Ross and Dominic Glover, who've performed and recorded with Amy Winehouse and Incognito, songwriters Connor Reeves (Tina Turner, Joss Stone, Joe Cocker) and Christopher Braide (Sia, Lana Del Ray, Paloma Faith), and artist/producer Shawn Lee (Jeff Buckley, Kelis, Saint Etienne), who lent his genius to the album's mix. No matter where the needle drops on Golden Days, the brilliance of Mamas Gun shines through the grooves. Album opener "You Make My Life a Better Place" is the perfect gateway to the proceedings. "That track is a bit of a mission statement," Dave says. "It's warm and inviting. It has that recognizability of the lineage we're drawing on from classic R&B and soul music." The song sets the tone for an album packed with potential singles, each fashioned by a sonic imprint that's unique to Mamas Gun. "It was really important for us that this album was a consistent listening experience from start to finish," says Chris. Indeed, they create a smouldering soundscape on "Diamond
This website uses cookies to personalize content and analyse traffic in order to offer you a better experience.
I accept Learn More
back to top