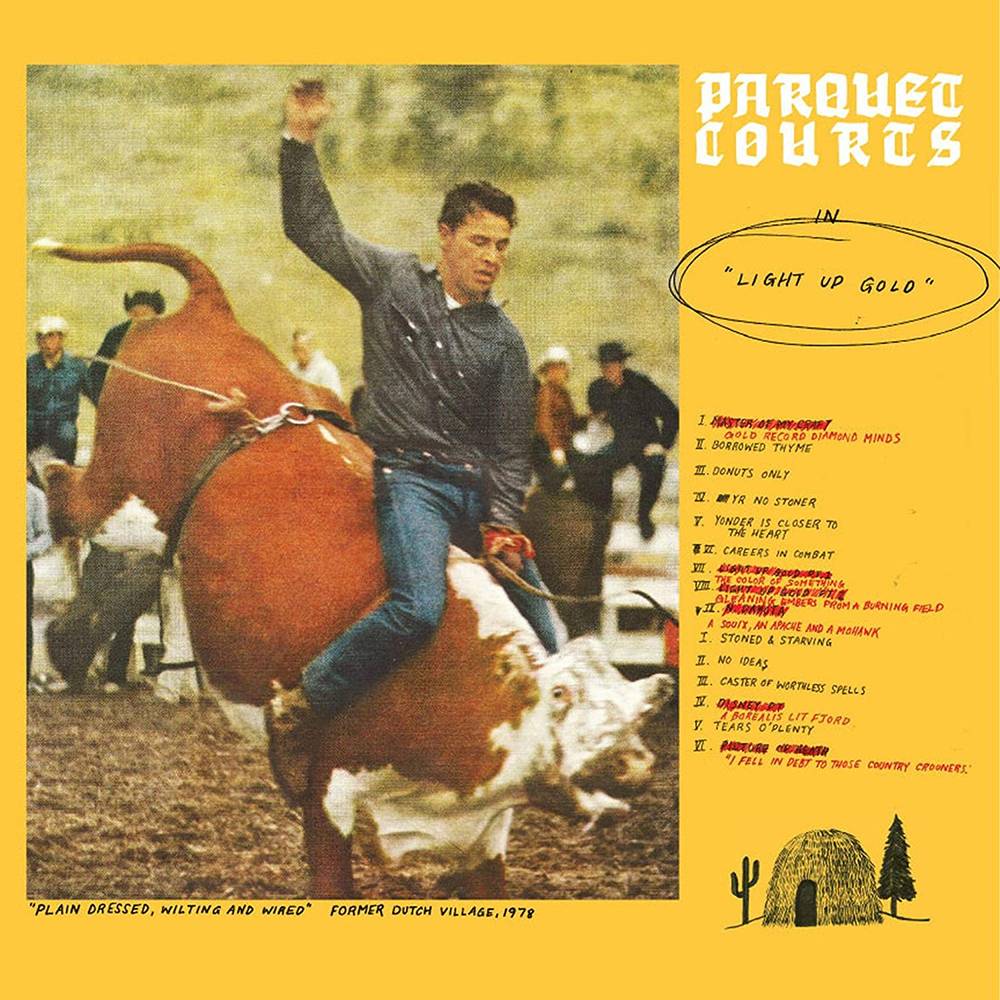 Little was said about Parquet Courts' debut effort, American Specialties. Released exclusively on cassette tape in 2011, the quasi-album was an odd collection of 4 track recordings that left those who were paying attention wanting more. A year of woodshedding live sets passed before the Courts committed another song to tape. The band's first proper LP, 2012's Light Up Gold, is a dynamic and diverse foray into the back alleys of the American DIY underground. Bright guitars swirl serpentine over looping, groovy post-punk bass lines and drums that border on robotic precision. While the initial rawness of the band's early output remains, the songwriting has gracefully evolved. Primary wordsmiths A. Savage and Austin Brown combine for a dynamic lyrical experience, one part an erudite overflow of ideas, the other an exercise in laid-back observation. Lyrically dense, the poetry is in how it flows along with the melody, often times as locked-in as the rhythm section.