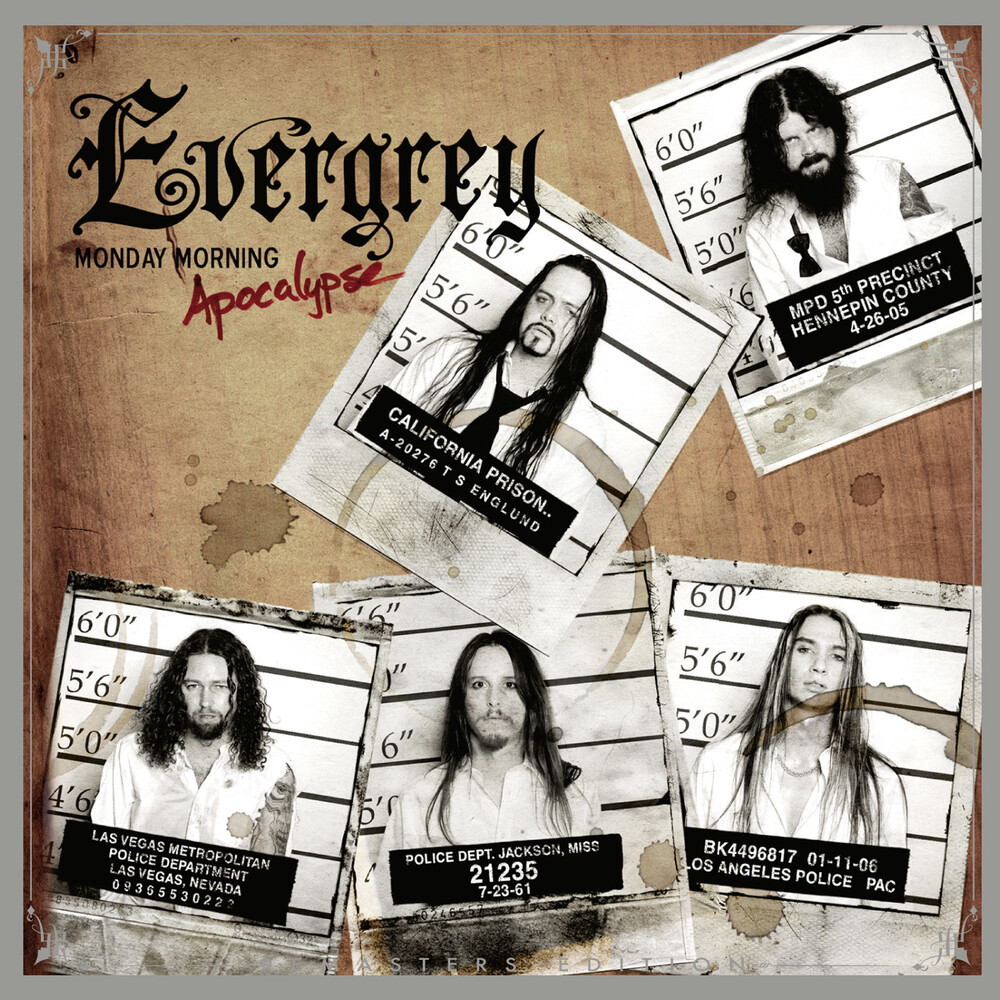 After gaining international reputation in the metal-scene with predecessor albums like "Recreation Day" the band was aiming for grater objectives. In order to achieve these "Monday Morning Apocalypse" was the first album in the band's history not to be produced by the band, but with a competent team of sound engineers. Sanken Sandquist and Stefan Glaumann, known for their work with Rammstein, Bon Jovi, Def Leppard and the likes, took care of a tight and dense sound. The result was and album which, compared to Evergrey's earlier works, was more straightforward, less ornamented and overall rougher songs. This fact went well with Tom S. Englunds outstanding voice. As a part of Evergrey's remasters series, now also "Monday Morning Apocalypse" is going to be re-released. The original recordings have been carefully remastered by Jacob Hansen (Volbeat, Pretty Maids, Amaranthe). The re-issue comes as Digipak and vinyl (available in several colors), both with bonus tracks.